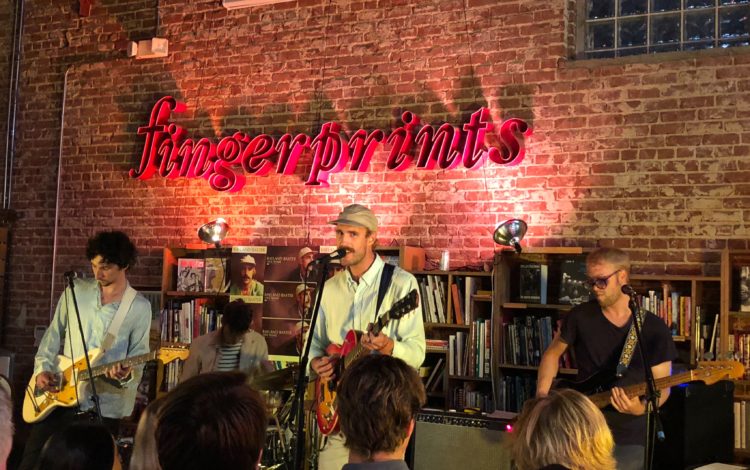 This summer, Rayland Baxter has been busy on the road, promoting his third studio album, Wide Awake. Although he didn’t start making music until he was 21, the Nashville native has etched out his own territory in the world of Americana music with a unique blend of power pop, rock, folk, and an undeniable sense of soul in his songwriting and performance.

On multiple occasions this tour, Rayland has added additional shows due to such high demand. Last week, after a sold out concert at the Moroccan Lounge in Los Angeles, Baxter added five new shows in California, including a free performance and signing at Fingerprints Music, a record store in Long Beach. After the show, I was able to meet Rayland and talk to him briefly about the inspiration behind his latest project, specifically his song, 79 Shiny Revolvers, which is a commentary on gun violence in the US. Watch Rayland perform Amelia Baker and Hey Larocco in the video below.