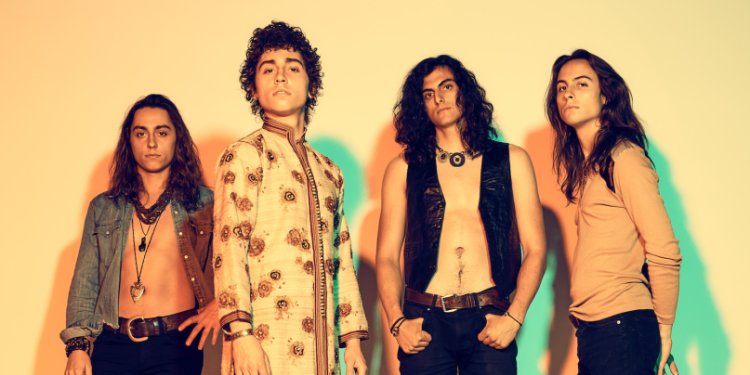 Greta Van Fleet have been one of the most captivating young rock bands of the last year. The band, fronted by brothers, Jake, Josh, and Same Kiszka, along with Danny Wagner on Drums, have been quickly labeled as classic-rock’s saviors, with their unmistakably Zeppelin-esque sound. However, the band’s vintage sound can be more accurately credited to the extensive vinyl collection the Kiszka brothers grew up on. Formed in Frankenmuth, Michigan, in 2012, the band remained largely unheard of until their 2017 signing with Lava Records.

After two very well-performing EPs, Black Smoke Rising, and From the Fires, the world of rock is eagerly awaiting their debut album, Anthem of the Peaceful Army, hitting the airwaves October 19th.  Judging from the first three singles, Greta Van Fleet’s upcoming project will offer bright guitar riffs, shrill vocals, and anthemic arrangements. Check out the extremely rock-n-roll visuals for their song, When the Curtain Falls, below.