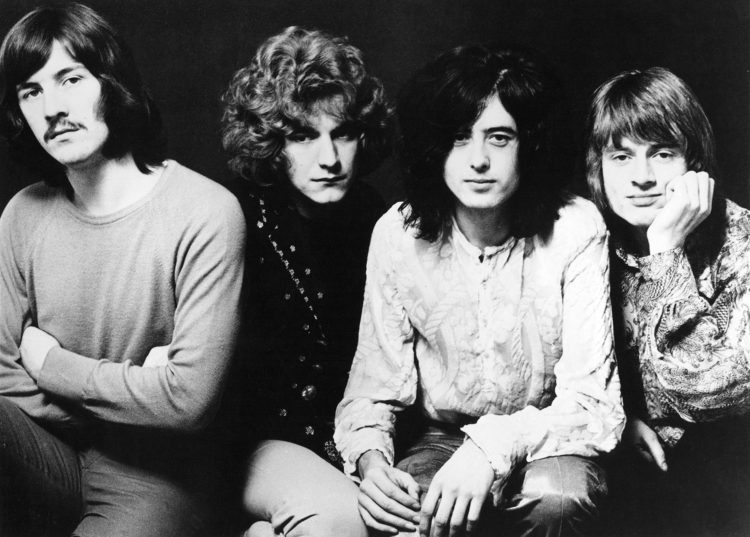 Led Zeppelin, despite being only one of the many great rock bands to come out of England in the 1960’s, are still regarded as one of the most influential groups in hard rock and heavy metal. Formed in London in 1968, the band’s original members were guitarist Jimmy Page, singer Robert Plant, bassist/keyboardist John Paul Jones, and drummer John Bonham. The same year, Led Zeppelin became the first rock band signed by Atlantic Records and toured both the U.S. and the U.K. The band stayed together until Bonham’s death in 1980. Among the accolades Zeppelin has earned are five Diamond certified albums, five Grammy awards, and inductions into the Rock and Roll Hall of Fame, and UK Music Hall of Fame.

This Throwback Thursday, we revisit one of Led Zeppelin’s most popular and powerful songs: Black Dog. The track appears on the album Led Zeppelin IV, recorded in 1971. The song is named after an actual dog who would wander around the studio while they recorded but its really about a failed relationship with a gold digger. This iconic recording is built around a totally badass guitar riff written by John Paul Jones and Robert Plant’s shrill and bluesy vocals. Listen to the song below.