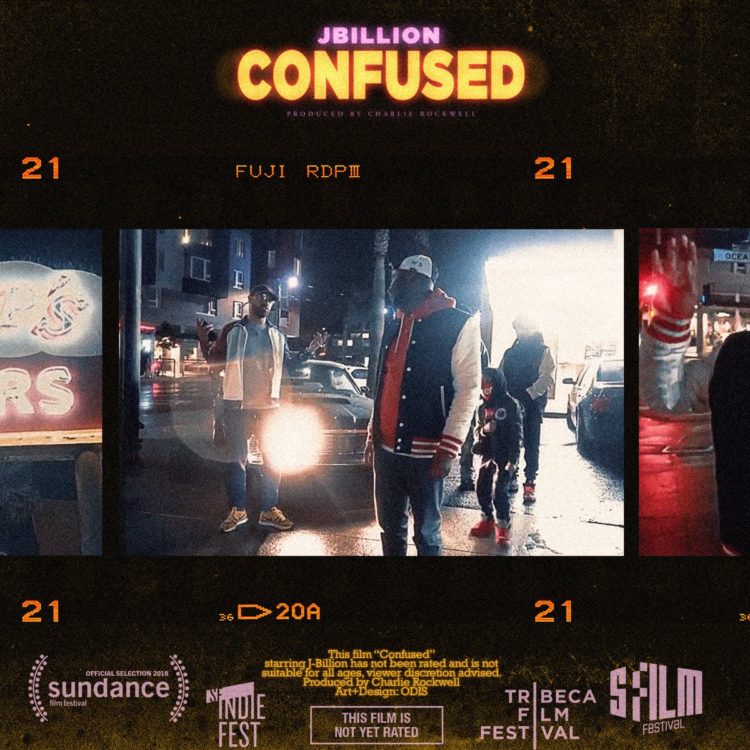 J-Billion is an up and coming rapper from San Francisco, CA, and a member of the Risky Bizness Crew music collective. When he began releasing music around two years ago, his sound was deeply rooted in the Bay Area hip hop sound, using heavy bass and electronic textures. Since his formative days, J-Billion has greatly diversified his sound, while maintaining his NorCal style delivery, similar to that of P-LO, and Slimmy B of SOB X RBE.

In April, J-Billion and the Risky Bizness Crew released the high-energy, Gimme My Steez Back! album. To follow this up, J-Billion teamed up with producer CeeRock for the single, Confused. It’s an upbeat song based on a catchy sample, and Billion keeps it real on the verses. Him and his crew post up in front of Beep’s Burgers in San Francisco for the music video. Check it out below.