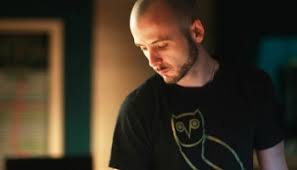 “We’re isolated here in Toronto in our own little world,” says producer and frequent Drake collaborator, Noah “40” Shebib. “There’s not a lot of big names popping by and it’s quiet and we can focus. So this is sort of like our army base offshore that we train for war in and then when we’re ready, we go to war and no one sees it coming because we’re not training in front of anybody’s eyes.”

In a new mini-documentary produced by Native Instruments, Shebib opens the doors to his Toronto studio where he’s credited by many for sculpting Drake’s unique sound. He’s quick to give much of that credit to Drake, however, as he explains it’s more “co-production of Drake on that level because he is a producer by any means and he’s also responsible for that simplicity and for a lot of the sound that I’m heralded as creating—but we created together.”

An interesting watch for Drake fans, the 8-minute clip may be most useful for aspiring producers as Shebib goes into detail on the technical side of his creation process. He even gives some hints at how he created his signature “lo-fi underwater sound” (as he calls it).

“I’m actually degrading the sample rate, so I’m removing those frequencies from the top end. They’re not even getting sampled in the first place. They don’t even exist. When you take out that pristine high end and sort of lower the sample rate, it would become a little more authentic almost—different—like it was sampled or like it was taken from somewhere.”